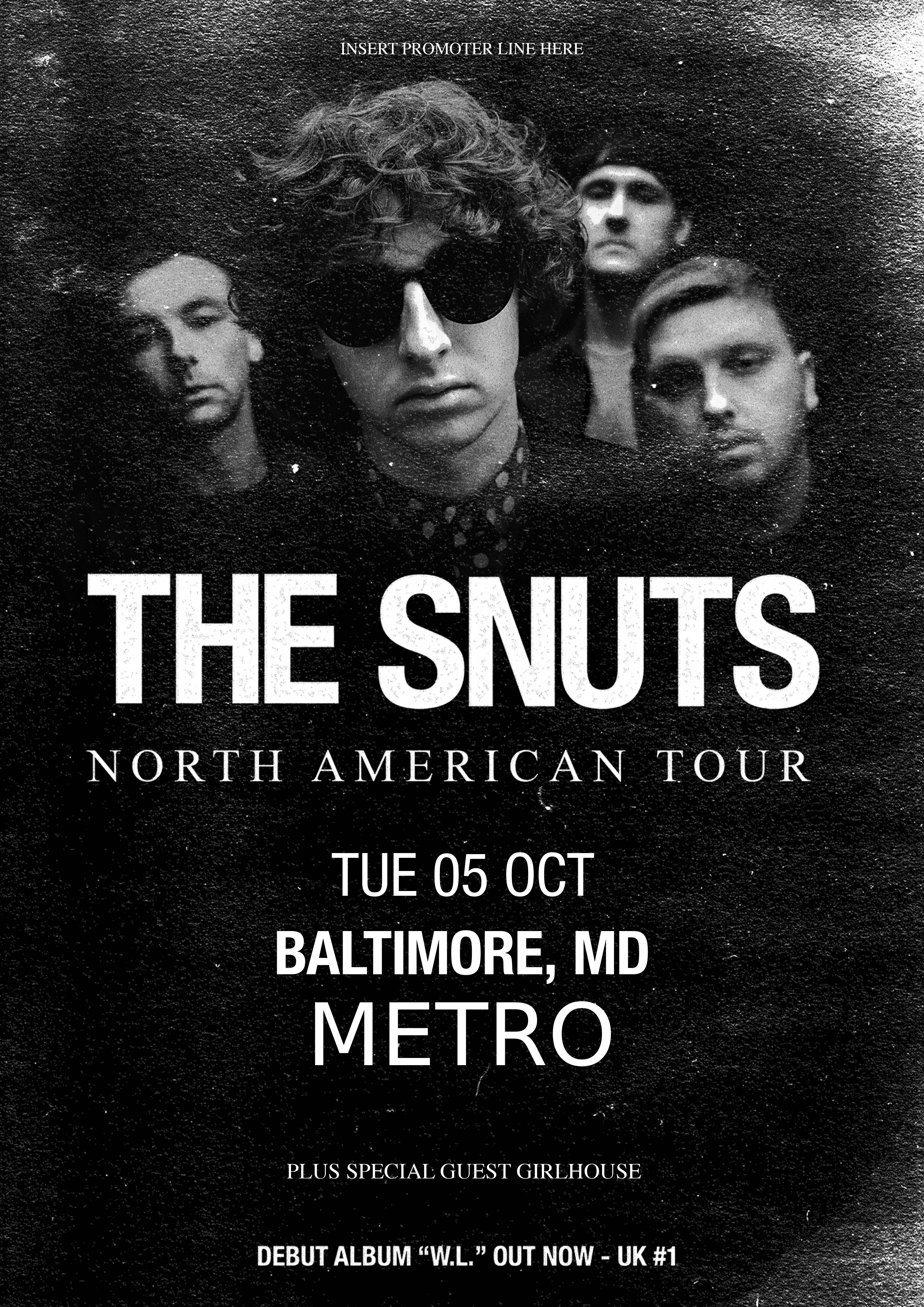 Following a tense chart battle with Demi Lovato, The Snuts recently become the first Scottish band to achieve a UK Number 1 for 14 years with their debut album ‘W.L.’ — selling over 20,000 sales. The album encapsulates the band’s journey from four working class kids growing up with a dream in Whitburn, West Lothian, to becoming one of the UK’s most exciting and vital bands of the new decade.

A ferocious 2020 first saw the band land a top 15 album chart position with their debut Mixtape EP, a #1 spot on the UK vinyl chart, #1 in the Scottish album charts, an appearance and sync in a UK-wide multi-million-pound Strongbow ad campaign, FIFA21 soundtrack sync and over 30 million streams.

Featuring their Radio 1 playlisted single and love song for the ages, ‘Somebody Loves You,’ a fresh take on fan and live favourite ‘Glasgow,’ the hip-hop driven ‘Elephants, the hauntingly heartfelt anthem ‘Always’ and main stage festival ready hymn, ‘All Your Friends,’ the album has been entrancing critics all over. The Sunday Times labelled the record as “a sun soaked singalong,” the Daily Star stating that “W.L will blow you away,” and the Daily Record declaring the band “Kings of Scotland.”

Adored up and down the country for their uninhibited, sweat-drenched live shows, the band head out on a UK & Ireland tour in autumn 2021, including 3 sold-out dream shows at Glasgow’s Barrowland.