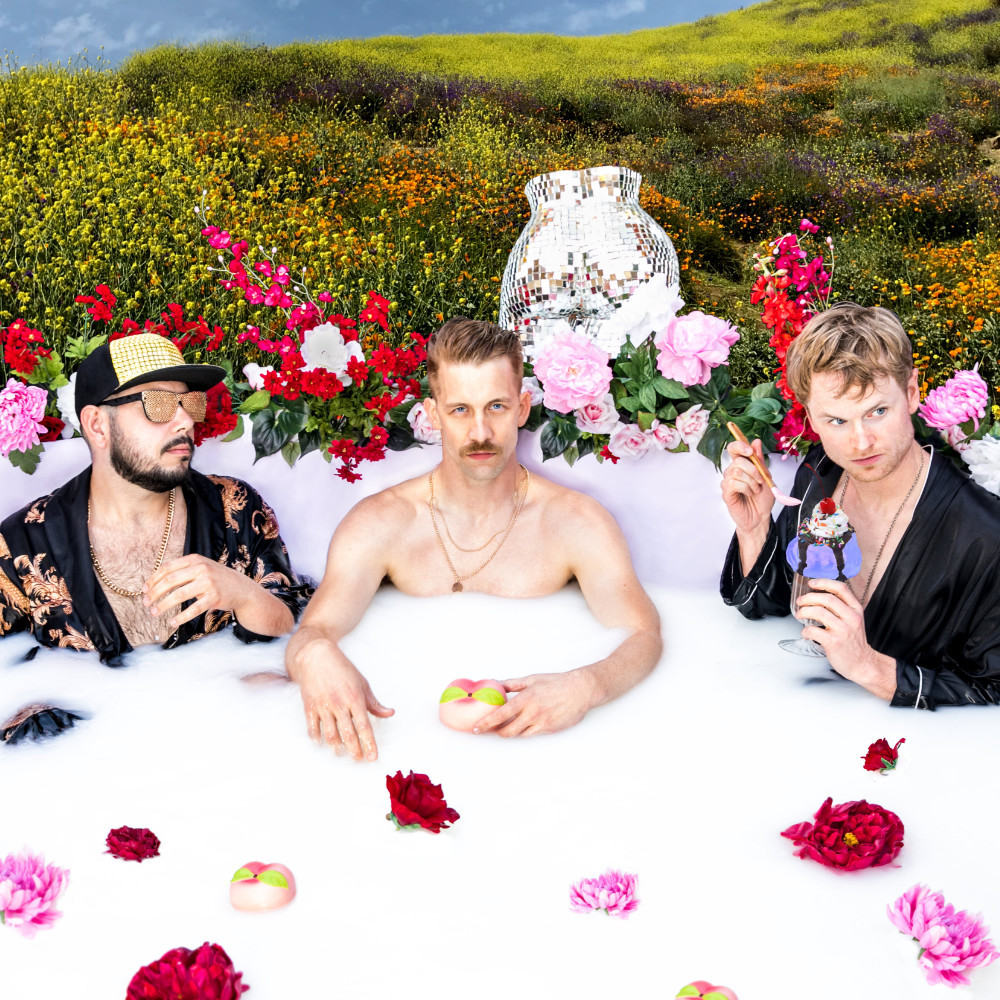 Dance to their eclectic electro-funk, grind to their original R’n’B grooves, and sweat under the intense, penetrating gaze of frontman Dylan Charles Germick as he begs you, in all sincerity, to love yourself no matter what.

Conceived in Oakland, California by two Indiana brothers and their friends, Planet Booty first emerged in the late 00’s as an eclectic 6-piece (or more) funk and soul dance band powerhouse preaching sweaty joy along the west coast. In 2014, singers Dylan Germick and Josh Cantero, along with bassist Rob Gwin, reinvented the group as a tour-focused trio with a tighter electrofunk sound and an even sexier, sweatier, more intimate message of positivity and inclusivity.

Raw Ramp: “An itch ‘n’ scratchy electro beat and young-funk in its heart.” Broke Ass Stuart: “They had us laughing and dancing the entire time, the crowd was going nuts.” Spinning Platters: “Dylan Germick is a true performer and every moment on stage he is there to entertain.” Albuquerque Alibi: “Their vigor and passion is incredible and virtually unmatched by any show I’ve been to”–