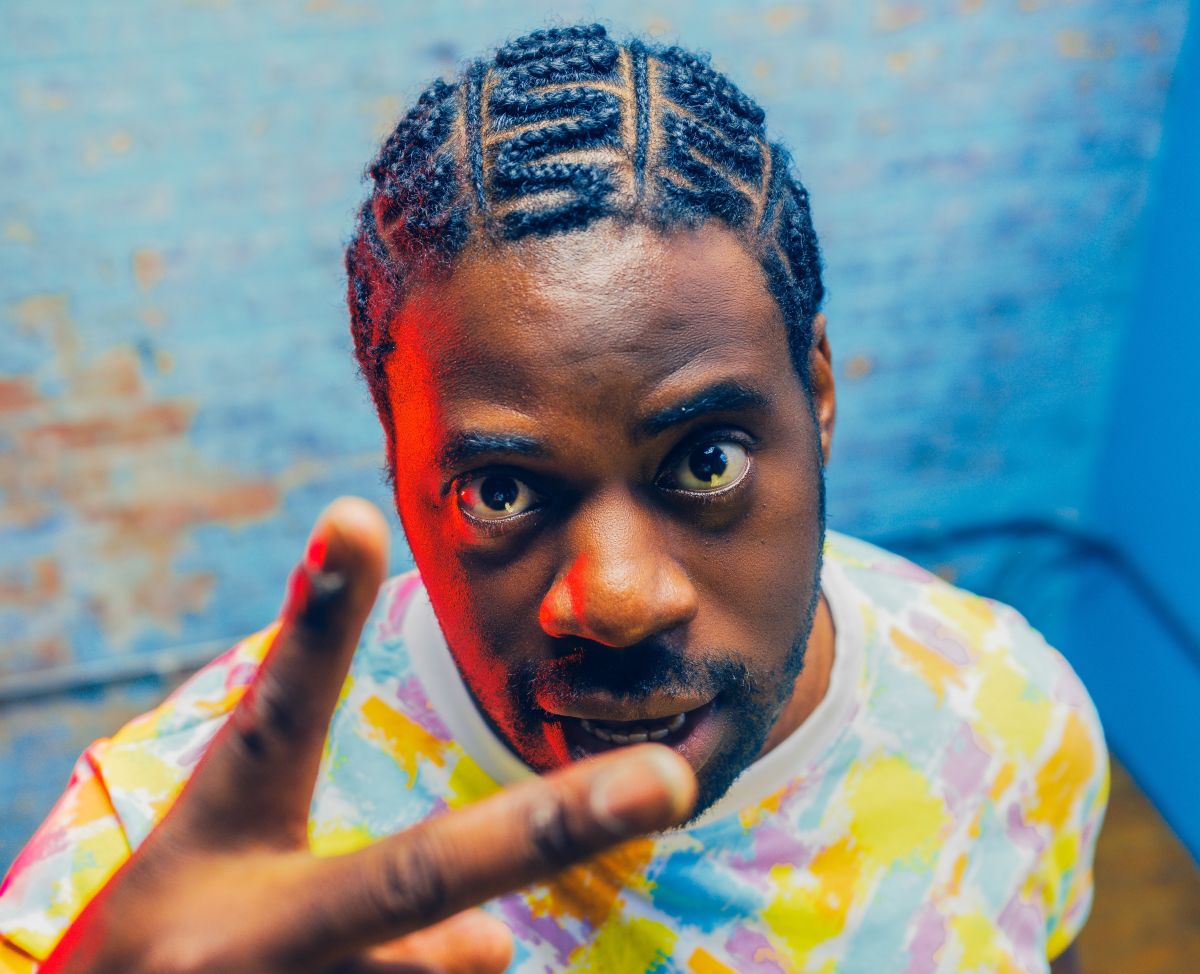 NNAMDÏ has never been able to stay in one place. The Chicago multi-instrumentalist and songwriter set a blistering pace in 2020 with his critically acclaimed genre-fusing LP Brat, a punk EP Black Plight, and Krazy Karl, a full-length tribute to Looney Tunes composer Carl Stalling. Add in his role as co-owner of label Sooper Records, as well as recent tours with Wilco, Sleater-Kinney, black midi, and Jeff Rosenstock and it’s an overwhelming schedule. However, his latest album, Please Have A Seat (out 10/07/22 via Secretly Canadian / Sooper Records), is the result of a much-needed pause.

“I realized I never take time to just sit and take in where I’m at,” says NNAMDÏ. “It’s just nice to not be on ‘Go, Go, Go!’ mode, and reevaluate where I wanted to go musically.” This period of reflection allowed him to take stock of his life and his relationships. “I wanted to be present,” he says. “Each song came from a moment of clarity.” Please Have A Seat serves as an invitation to listen. It’s a request to sit down, be present, and take in a moment. With this quiet introspection, NNAMDÏ found inspiration in silence and nuance.

While making the record, he decided to stretch the limits of his pop songwriting: every track had to be hummable. Though he’s written earworms throughout his career from playing in bands in Chicago’s DIY community or releasing goofy raps as Nnamdi’s Sooper Dooper Secret Side Project, here, his shapeshifting hooks are undeniable. Each of the album’s fourteen songs, which NNAMDÏ wrote, produced, and performed entirely himself, are relentlessly replayable, careening into unexpected and disorienting places. With NNAMDÏ’s singular vision, Please Have A Seat is yet another leap from Chicago’s hardest working musician. By taking a minute to sit down and catch his breath, he reemerged with the most ambitious, accessible, and nuanced work of his career.