Aaron and the Dream 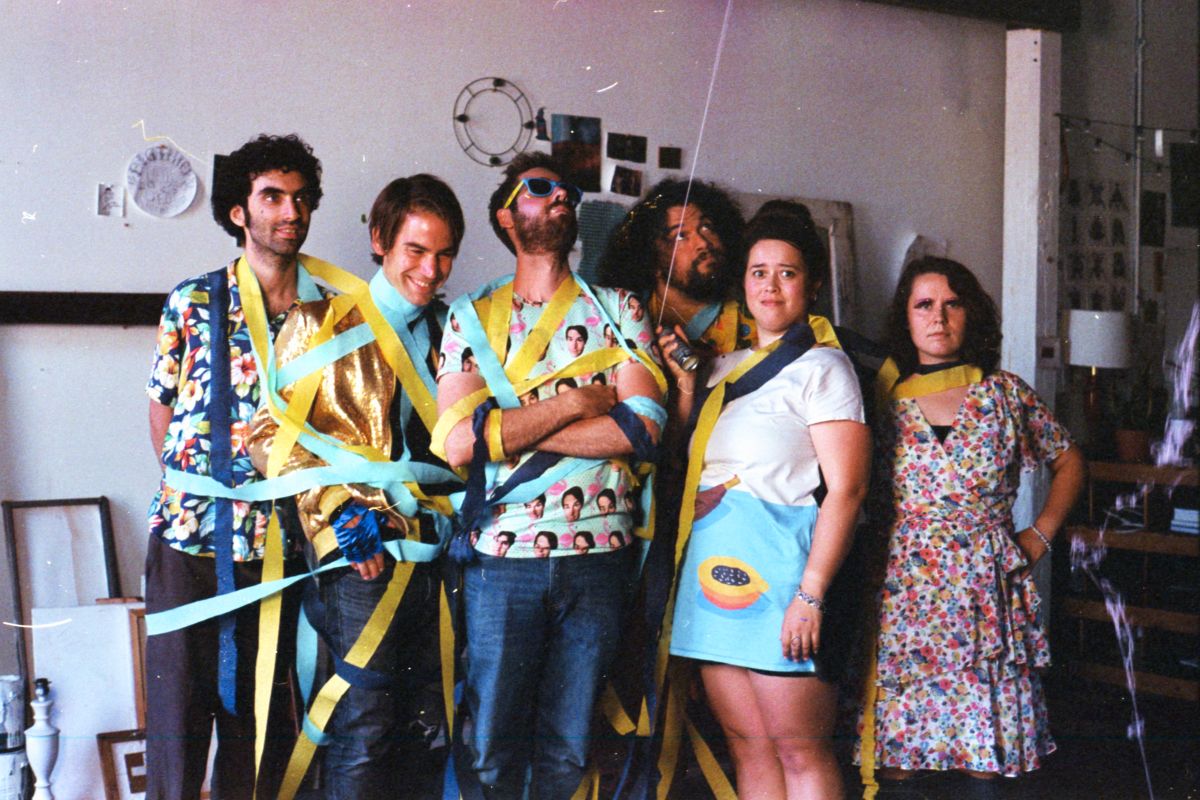 Bent Knee are not a band for convention. In fact, since forming in 2009, the Boston-based six-piece have been on a constant journey of musical exploration that thoroughly disregards it. The result is five records that completely defy categorization and transcend genre. In other words, the band don’t just break the rules, they make up their own. That’s ensured they exist exclusively on their own terms. Frosting, the band’s sixth full-length, pushes those boundaries even further. It’s the most Bent Knee-esque Bent Knee record to date, which means that, simultaneously, it’s also the album of theirs that sounds the least like Bent Knee.

That’s perhaps a journey the band – Courtney Swain (lead vocals/keyboards), Ben Levin (lead guitar/backing vocals), Jessica Kion (bass/backing vocals), Gavin Wallace-Ailsworth (drums), Chris Baum (violin/backing vocals) and Vince Welch (synthesizers/guitar) – would have taken anyway, but the extent to which it’s true was amplified by circumstance. While no-one needs reminding about the havoc wreaked by the coronavirus pandemic, it did mean that Bent Knee weren’t able to approach the making of this record in the same way as the previous five. In fact, this one was written entirely remotely.

“This was definitely very different,” admits Welch, who – like all previous Bent Knee albums – was also behind the sound design and production of this one. “Every other album had basically been the band in a room at at least some point in the process, but we finished this one still having never played these songs together. And then the technological limitation of having to send each other everything created this different dynamic that slowed everything down. You didn’t have to react to an idea in like half a second – you could take an afternoon to ponder it.”

“It was really interesting writing-wise,” adds Kion, “because it became a lot less about how quickly each person could get their idea out. And the ideas also didn’t have to be fully formed to exist. We each had these little seedling ideas that were all up for grabs – just writing these tiny little pieces and just sharing them and working with whatever felt good. And that made such a different album.”

That approach meant that, even after a decade writing songs together, the band were still learning new things about the way they worked together. Taking those seedlings – which, for example, might be just two bars – that were up for grabs, the six of them worked communally from afar to build these songs from the ground up. Whether it was by mashing two of those seedlings together or writing a verse over one of them, everybody in the band chipped in the ways they saw fit to get the most out of those initial ideas.